William is one month old today! Thank you God, Praise The Lord!!!!
The past week has been weaning him off some support and feeding him breast milk. They started first by giving him a little just to get his digestive system used to food. He has been getting all his nutrition through the IV lines up until now. Gradually over the past week they have increased the feedings. On Tuesday he was up to 11cc and had his first poop. By Saturday they are up to to 20cc every 3 hours. On Friday they were planning on removing the TPN(nutrition) line completely. They did have to reposition his feeding tube because he pulled it out of his mouth. Now it goes through his nose instead.

His 2nd PICC line was removed because he no longer needed it and it was starting to clot. He only has the one PICC line in and gets blood taken from his heel. I saw them do it on Friday and he didn't even wake up. They warmed his little foot up before they did it. They said his blood platelets and hematocrit have been good and he has not required any blood products since 11 days ago. 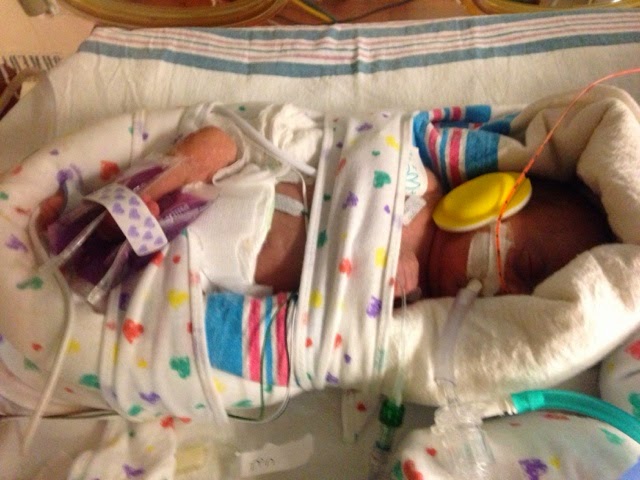 They have weaned him off of the NO over the past couple of days. the machine was still there on Firday, but turned off. He has tolerated the changes and continued to have good blood gasses. The O2 has ranged from 60-70% 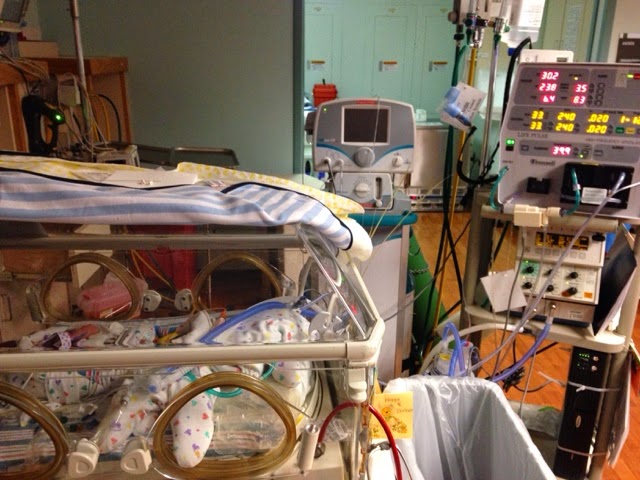 I think his left foot is looking better but it is hard to tell. The left foot is turned in like a clubfoot due to not enough fluid in the womb. 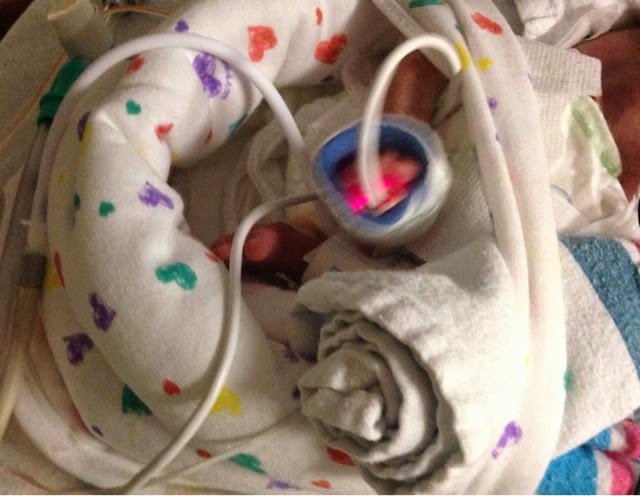 Great Granddad (Poppy) got this picture with eyes open. 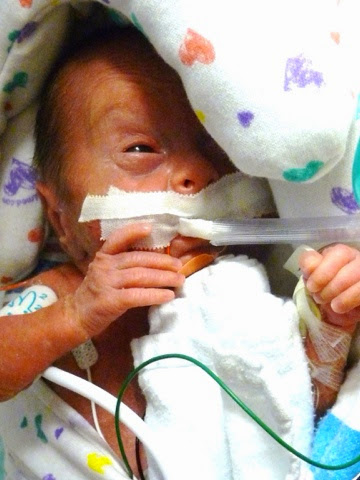 Here are some more pics from the week: 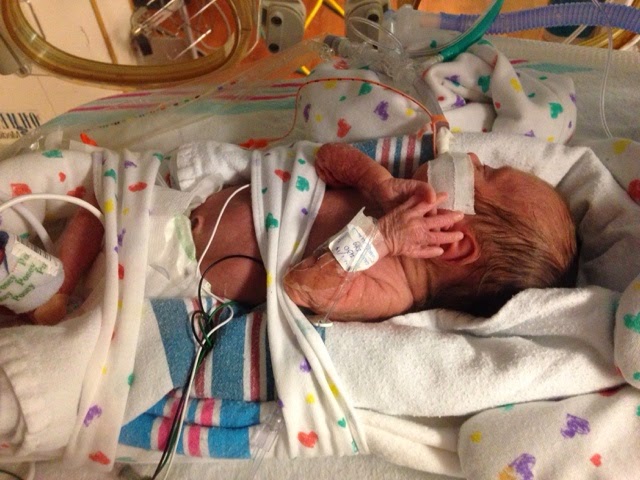 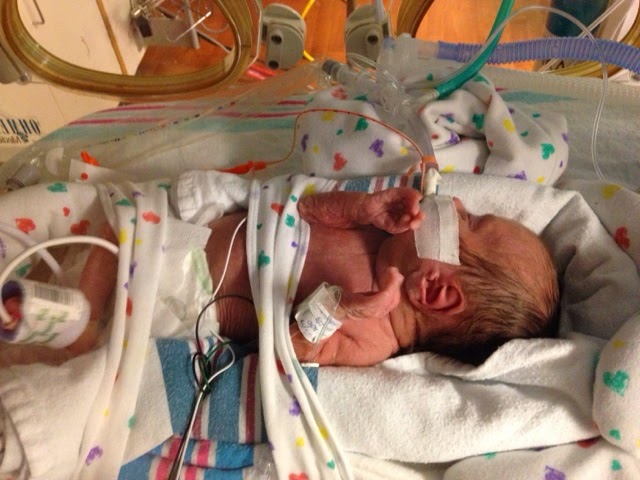 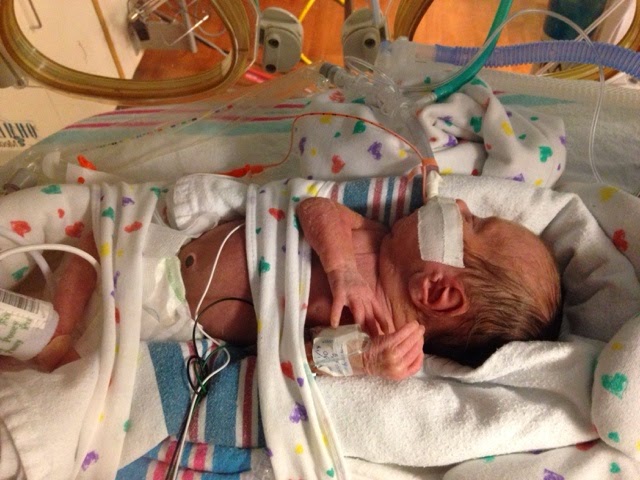