This has been a big week for baby William the Warrior. We are thankful for your prayers and praise God for his continued progress. A big thanks also to the NICU staff - Nancy, Lauren, Jamie, Andy, Lori, Maurine, Kathleen, Dr Hayashi and others!

The two big accomplishments are crossing the 3 Lb mark and even bigger - moving from the SiPAP to the CPAP to the high flow nasal cannula. He really likes being off the SiPAP and having that big mask smashed up on his face. 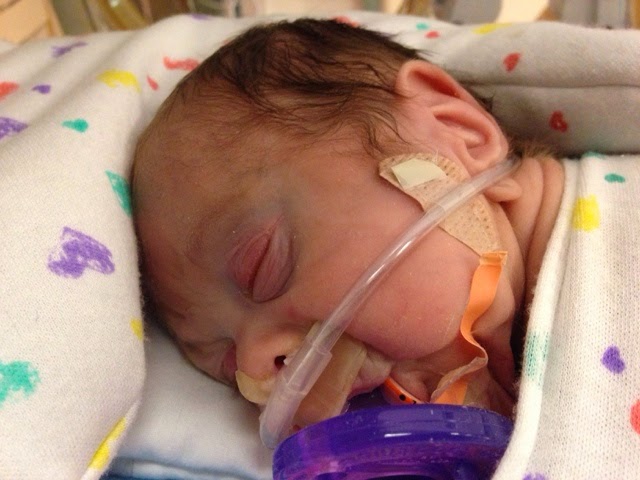 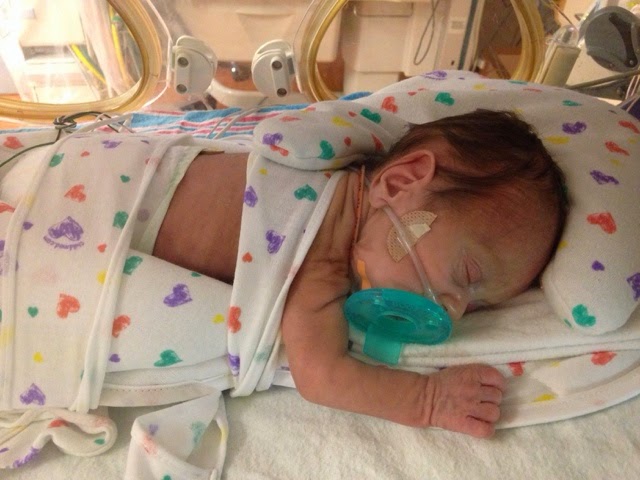 When I saw him on Tuesday He was still on the SiPAP and it looked like he was trying to do baby pushups. He even turned his head completely around the other direction which I thought was pretty impressive.


Last Friday night and on Sunday when we saw him he just seemed unsettled. This week he was better and way more relaxed on the nasal cannula. They were even giving him drops of milk on his binky.
Normal progression is from a ventilator to the SiPAP and then the CPAP and then the nasal cannula. I was surprised to see him on Wednesday with the cannula since I never saw him when he was on the CPAP. That's because it was only for a few hours overnight.

Thursday when I stopped by he was really relaxed. He has been on 5 liters of O2 with percentages in the low 40's which is the same as he was on the SiPAP which is good since typically this is less support and babies commonly need more O2 on the cannula. 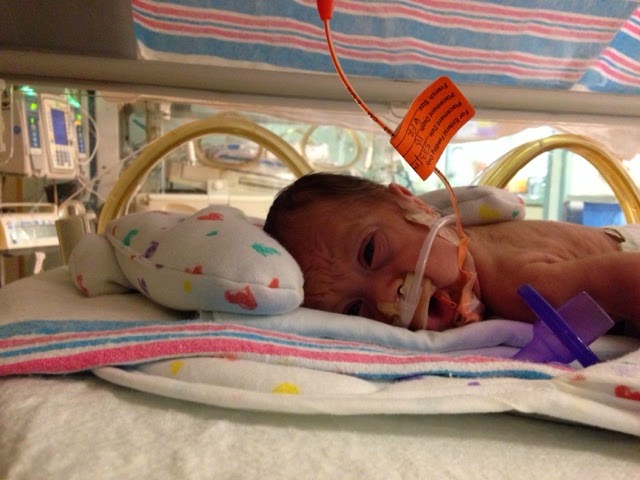 He ended the week at 3lbs 3.15 oz. PIE seems to no longer be a concern. No X-rays done recently. They have stopped doing the nas score, no morphine anymore. He's still getting some diuretics and electrolytes but they stopped the caffeine which was used to keep him stimulated and he hasn't missed any breaths in a while. He is getting an iron supplement.
Premature babies sometimes have issues with the blood vessels in the eye which are from high O2 levels. If the blood vessels start growing abnormally they can cause retina detachment and blindness. ROP which I believe is Retinopathy of prematurity. Eye surgery is done by laser right in the NICU and is usually successful.  William's eyes showed some signs of this but the eye doctor will see him again on Monday and make a decision on surgery.
Posted by Mike at 6:02 PM