Monday 7/21- Sats were pretty much in the 70's and 80's. I took a few pictures and he's got a good bit more fluid on him. They were having to give him a little more. 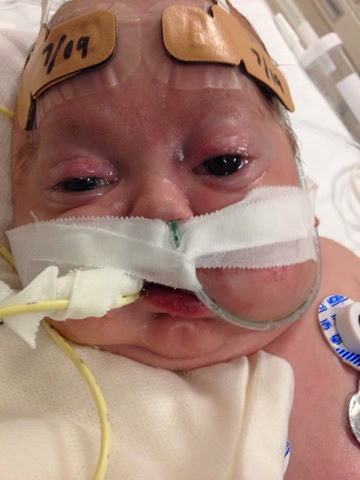 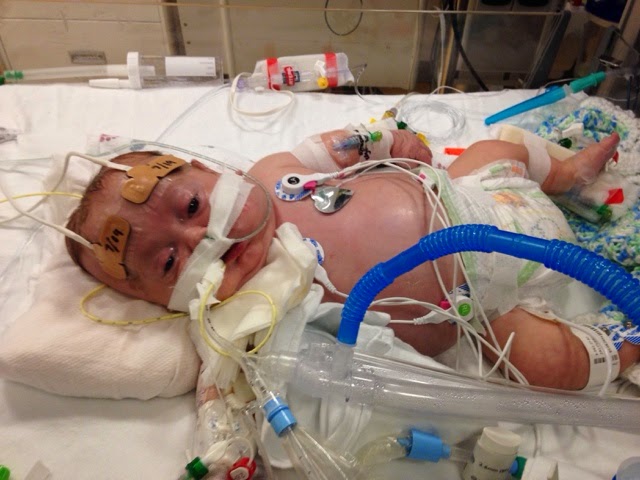 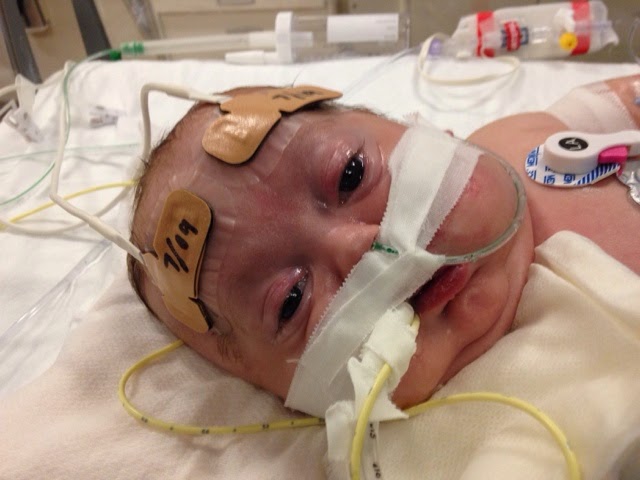 Tuesday 7/22/2014 Day 119 - We met with the doctors today and went over his care in general. The past 2 days have been up and down with sats in the 75-85 range for the most part with an occasional dip into the 60's and 50's for a short time and then up into the low 90's a bit as well. This is all with FiO2 of 100%. They have needed to give him some fluid to increase his volume and that made his sats go up. Sometime today they also gave him some blood to boost his hemoglobin.

While we were here he came up into the 88-92 range for his sats. They started him today on cidofovir which is an antiviral that can be used against adenovirus but there is a risk of renal toxicity so they have a protocol where it is given with probenecid to reduce the risks. 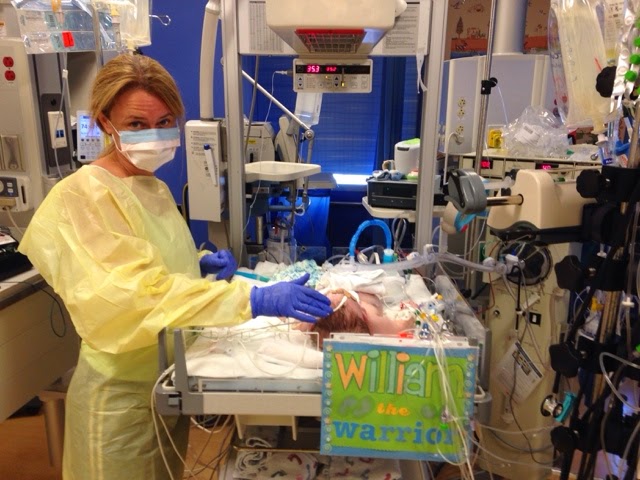 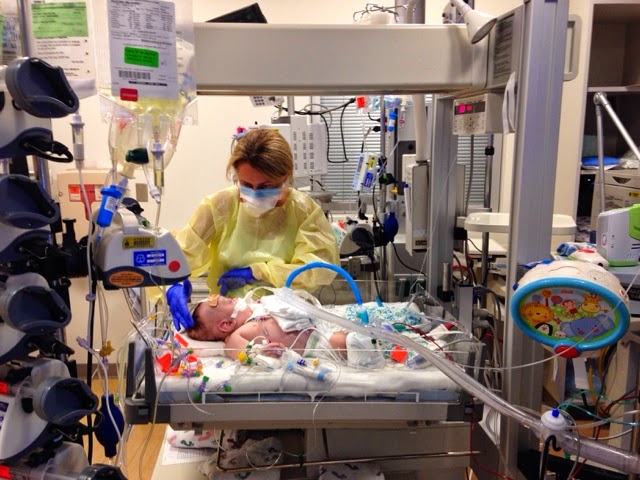 Tuesday 7/22 11:00pm: We called for an update and Elizabeth said he's been doing fine. No desats and keeping himself at 75 and above so far.

Day 120 - Go William Go!!  Thankful for another day with our little warrior.
Wednesday 7/23 6:30AM: William's nurse Elizabeth said he had a good night. He was up in the 90's with his saturations so they decided to wean his FiO2 to 90%. His Sats were 81 an hour later. His PO2 in the blood gasses last was 39 and they may decide to change the FiO2 if the next blood gas is not improved.

Wednesday 7/23 10:00AM: William is back up to 100% FiO2 after having a little bit of desatting during morning cares so they increased the Dilaudid a little based on that and that he needed a little more overnight. At the time I called he was in the 80's.

Wednesday 7/23 2:00PM: William is back up in the upper 80's low 90's for sats. They were able to go up a little bit on the lasix to try to get some more of the fluid off. So far there are no signs of issue with kidney function from the cidofovir.

Wednesday 7/23 6:00PM: visited my favorite baby William and read Clifford and Horton. He looked a little less puffy and had warm hands and feet. They had turned up his temperature a little bit. His saturation numbers were 80 when I got there and 85 when I left. His last blood gas was better 47? (I think)

Wednesday 7/23 11:00PM: Emma returned as William's nurse tonight. When I called she said they had weaned the FiO2 to 80% and sats were 90. They went down on the lasix and down on the blood pressure medicine. Keep up the good work William!  Praise God!!! 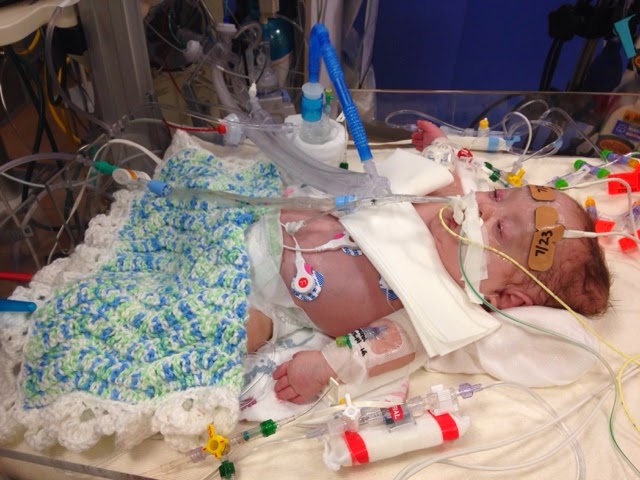 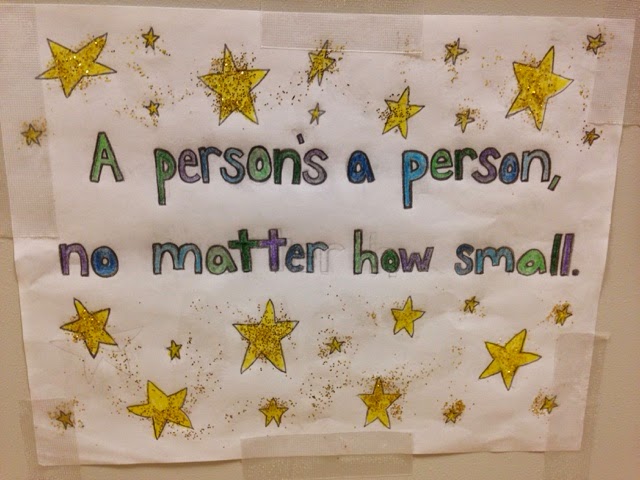 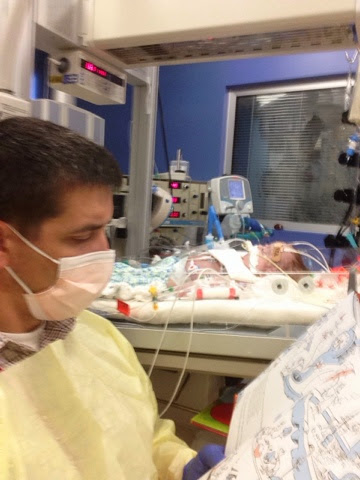 Friday 7/25:  6:30 update: nurse Emma said the art line was working better than she initially expected. They are getting a good wave form on the monitor and are able to get blood from it so maybe it was just spasms from when they first placed it.
He got a little bit of blood and they were able to come down on O2 to 80% and down on the blood pressure medicine (vaso)
12:30 update - Was on 75% FiO2 and they stopped the Flolan at 11am which is one of the medicines for the Pulmonary Hypertention. Julie is his nurse today and she said that she tried to reposition him on his side slightly and that made him mad and his sats went down such that they bumped him up to 100% again but they are going to try to bring that down again slowly.
When I visited at 5:30-6 he was in the upper 70's with his sats and 90% FiO2 and then he had a desat into the lower 70's and Shane from RT and Julie his nurse were planning to take him off the ventilator and bag him for a bit and try to suction but just as they were about to start they got a call to hold off. They let him settle out and he climbed back up into the mid 80's. He was back to 100% 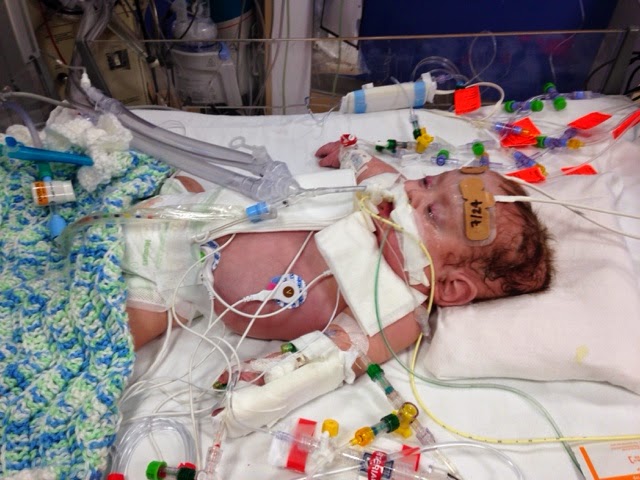 9:00 update. Courtney was his nurse again and said he had been fine and no changes were planned. He was in the 80's and she said he had recovered earlier and had been in the 90's for sats so they weaned him to 90% FiO2.