I know I have a big gap between the last post until now, but the updates exist and pictures as well, they just need to be organized. So Over the past few weeks at Bayview the doctors have been discussing William's case with the doctors at Hopkins downtown in preparation for a transfer. The main reason for transfer was so that William could be evaluated for a tracheostomy tube, Gtube and Nissen procedure.

William's last week at Bayview was pretty good. He was on the SiPAP and FiO2 was in the 70's and sometimes 80's for the most part. He seemed alert and content when I visited and He seemed to enjoy being held. He was getting some extra love as he was leaving his friends there after 105 days. 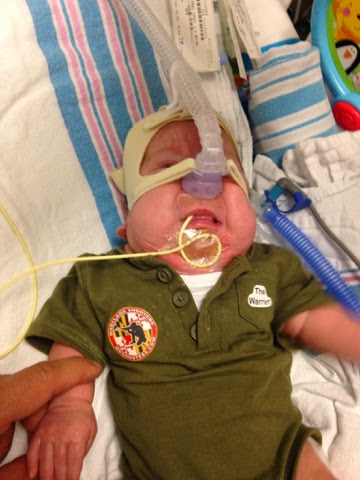 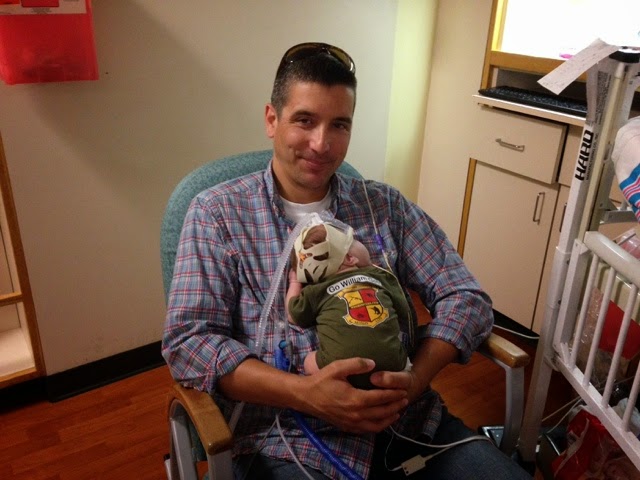 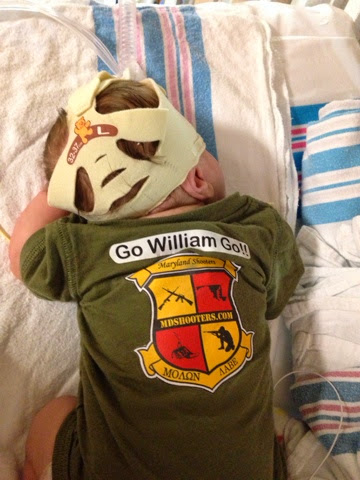 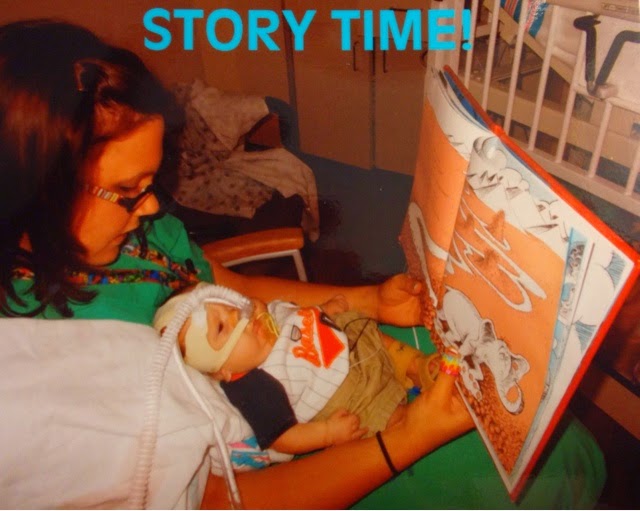 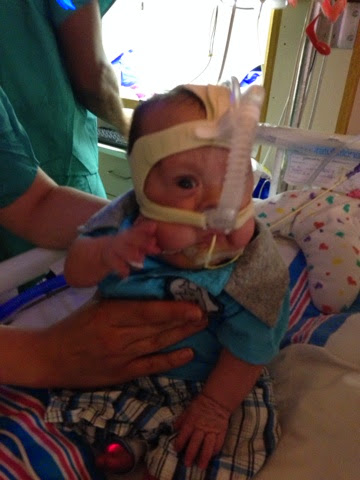 When I arrived to see him in JHH, he was only wearing a diaper and was under the warmer on his back (least favorite position) and not happy and the SiPAP was set at 100% FiO2 backup rate of 20 and satting in the mid to upper 90's. At Bayview he was always in a short sleeve onesie and almost never had blankets on him, certainly not swaddled. 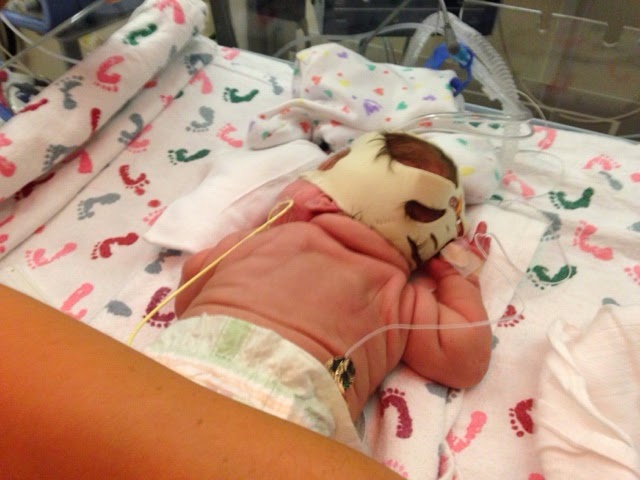 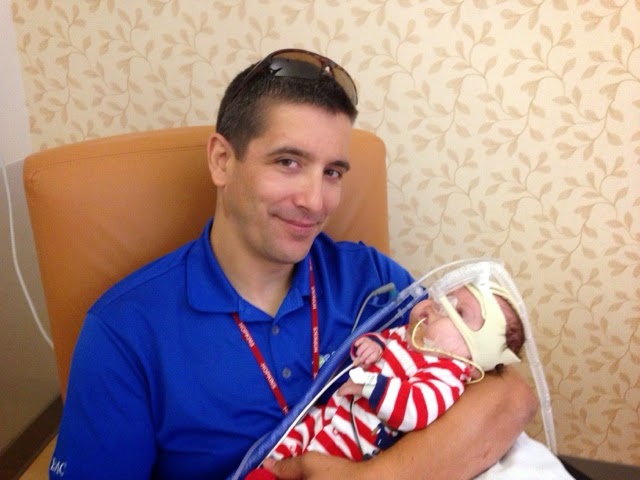 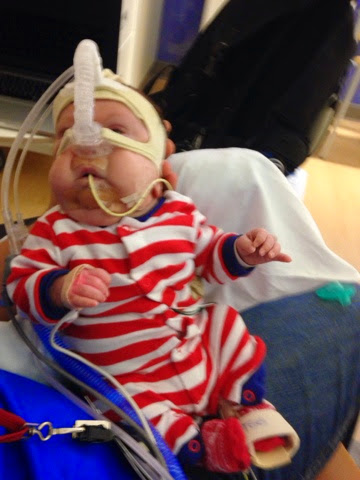 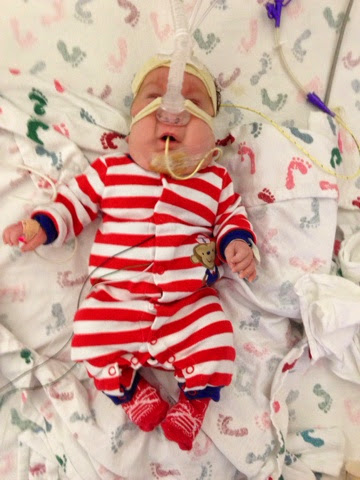 He’s also been really sleepy – He really wasn’t alert much like normal until Thursday, I spent most of the day with him Wednesday and Thursday.

It just seems hard to imagine that a 3 mile trip and change of scenery "alone" could mess him up this much. Thursday they said in rounds they were going to give him Lasix and increase the sildenafil and see if they could wean him at all. I don’t think they were able to and then I get a call (after the fact) from the resident late Thursday night telling me that they had just re-intubated William and put him on a ventilator. They said that despite the things they did Thursday he was desaturating even with 100% FiO2 over the last few hours into the 70's. I expressed that I would have preferred that He had called me a little sooner rather than after the fact as long as it wasn't an emergency.

Friday, they tried unsuccessfully to place a PICC line and stopped feeding him, started antibiotics, are doing blood cultures (other vitals normal)  and have him  on fentanyl and a paralytic because he was breathing over the vent so now he’s not even going to be awake. So his first 3 days here haven’t been fun!