After 3 days in the NICU, William ended up in the PICU.

On Friday morning 7/11 they could not get the PICC line and they struggled but eventually got an arterial line placed. They decided they wanted to try Flolan and Midazolam and the PICU was needed for those, so He went down there @ 3PM and Here's the thing... He left NICU at 100% FiO2 (not sure the vent settings) and satting in the mid 90's but when we came up from eating lunch and he was settled in at the PICU, he was at 60% FiO2 and satting at 99! The fellow is thinking infection to blame for the acute changes we have seen today, but there isn't yet an answer on that.

Friday night 7/11: So here we are about 6 hours after the transfer to the PICU and William is doing better than he was in the NICU. HIs current vent settings were 60% FiO2 26 over 10 with nitric @ 20ppm Sats are 99. Going from 100%-60% seems like a big difference in a short time when up in the NICU they were saying he wasn't even tolerating weaning to 95% but here we are 4 floors below and satting at 99 with 60%? 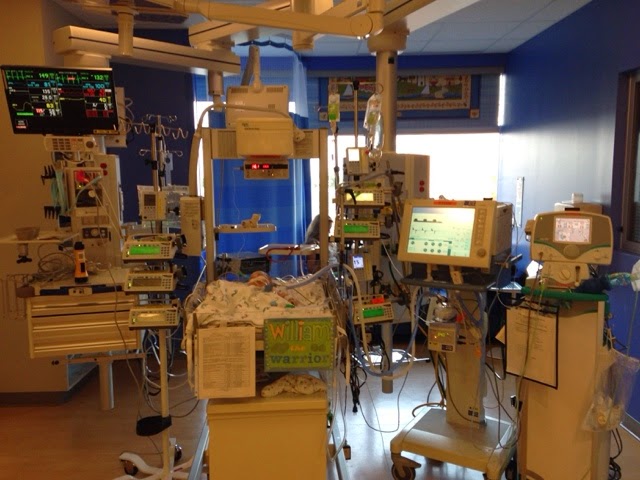 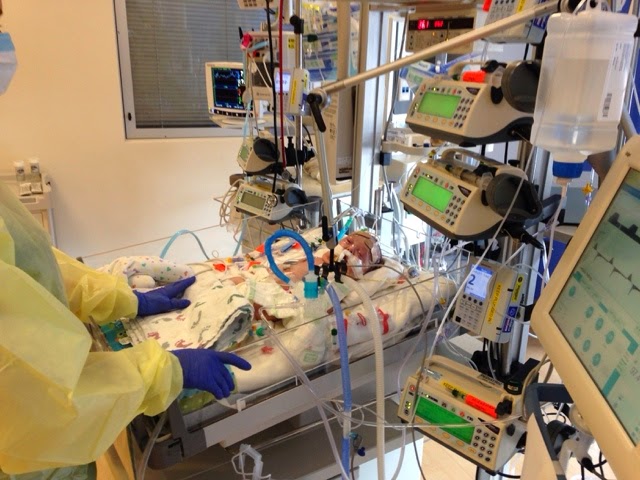 He's still on the sildenafil, steroids, fentanyl, paralytic and they added Midazolam to aid with sedation/relaxing. They also added a nebulizer with Flolan, but just as they started it he desatted to 85 and they upped the FiO2 to 100% and he still desatted to 73, so that brought the whole team in for a visit and they bagged him for a little while and ended up getting an xray and repositioning the breathing tube a little bit. They are still working on getting the right lung inflated better.

Saturday 7/12 morning: Overnight they tried to re-recruit his right lung which was not inflated enough. They said that @ 1AM after we left he was hanging in the low 90's for saturation and @ 2AM he had a little detsat, but after that was satting at 99 and they were able to wean back down to 70% from 100% - He was at 100 after the desatted at the beginning on the Flolan and they did an Xray and repositioned him and his tube a little bit. So overall a stable night compared to the hectic past 24 hours. 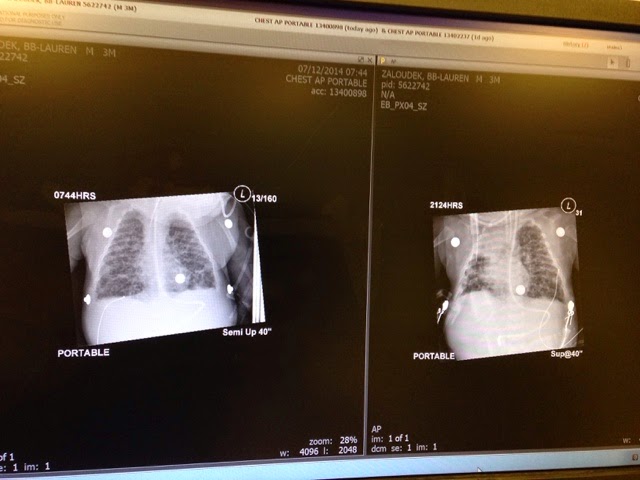 The PICU "atmosphere" is a little more like Bayview NICU compared with NICU upstairs. 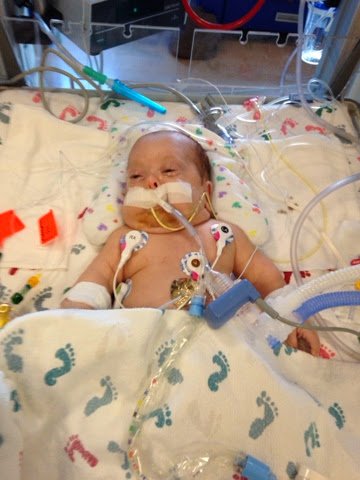 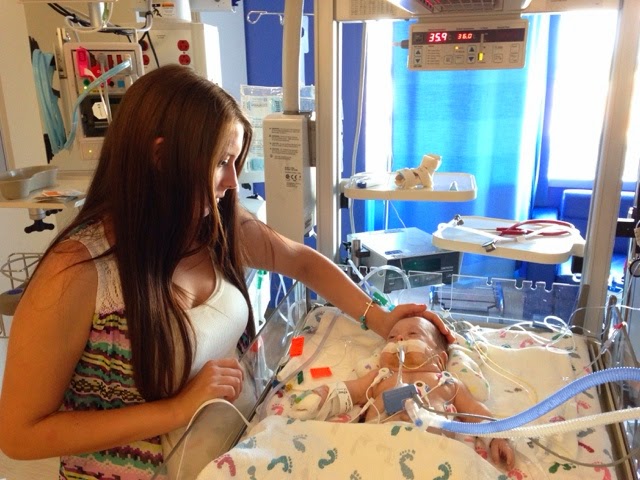 I'm not sure about this, but I feel like it's a good thing that there is something we can fix and blame for the sudden course change vs simply a progression of his lung disease or him growing out of his lungs, etc. I don't want him to have an infection but at least it is treatable. We finally felt comfortable leaving him up there for a while today. Yesterday was a 14 hour day.

Sunday 7/13 morning update: Got a 5am call from the fellow that scared me but she started with "William is fine" but he had had some significant desats and they found his hemoglobin had dropped from to 6.1 and they were calling to get consent for the transfusion.
Otherwise he had been in the 70's for FiO2 and they had tweaked the vent settings and come down on the paralytic. We visited this afternoon for a short time and went to a cousin's birthday party.

Sunday 7/13 evening: William had a visit from Pastor Paul and Vicky. We found out that in addition to the infections, also has adenovirus. He's content at the moment. He even reacted a little bit to us talking with him and being close to him - more than the past few days. I think this is from a reduction in the paralytic. 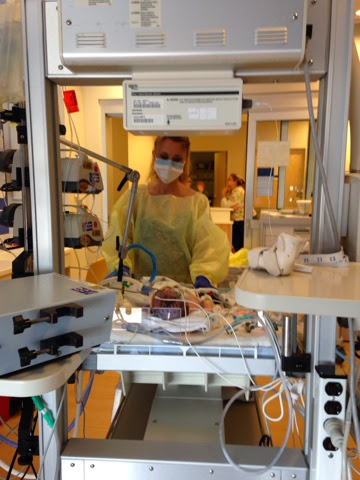 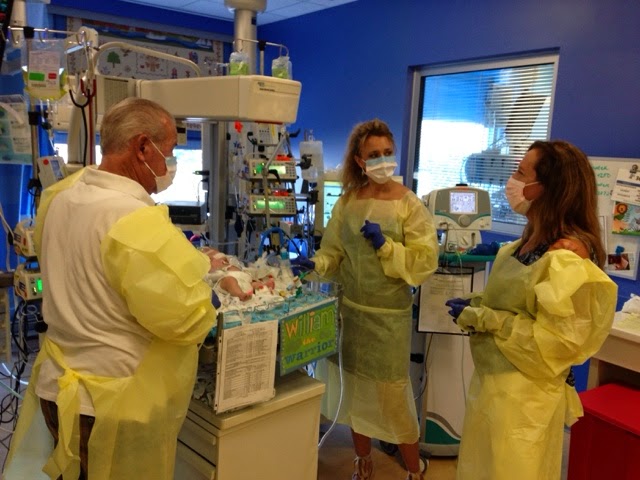 Monday 7/14 Day 111: Overnight was good. William basically had an uneventful night. They will make another attempt to get the PICC line placed sometime today.

11:30 AM: The switched him to an occilator ventilator. Still no PICC line attempted yet